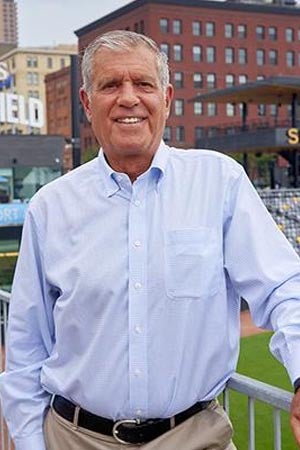 Marv is Chairman of the Goldklang Group, which over the years has owned and operated MiLB clubs at most classification levels. He holds a degree in Economics from the Wharton School of the University of Pennsylvania where he played college baseball, a law degree from the University of Pennsylvania and a Masters of Laws degree from NYU. Marv practiced law with the firm of Cahill Gordon & Reindel in New York, becoming a partner of the firm in 1974 specializing in corporate tax and investment banking transactions. He continued to practice law until 1983 when he left to accept the position of Senior Executive Vice President of a New York Stock Exchange company at which he focused on developing its leveraged buyout and asset management divisions. Marv established his own merchant banking and private investment firm in 1986, which has included the Group among its activities. He is a 2004 inductee in the South Atlantic League Hall of Fame, a 2010 inductee in the Florida State League Hall of Fame and currently serves as Chairman of the Executive Committee for the South Atlantic League and a member of the New York Penn League Executive Committee. In addition to the Group’s baseball interests, Marv has been a limited partner of the New York Yankees for over thirty years. He is married and has four children including Jeff, who serves as President of the Group. 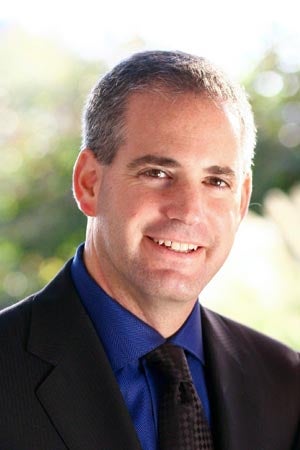 Goldklang, a left-hander out of NJ, has been involved with the Group in various executive roles since his arrival in 2002. He began his career with the Charleston RiverDogs in 1994, handling the concessions and merchandise operations, and was instrumental in the transition of the club into its new ballpark for 1997.

Upon leaving the RiverDogs, Goldklang joined Integrated Sports International, continuing with them through their acquisition by SFX Sports Group and subsequently Clear Channel Entertainment. During his tenure, Goldklang was part of the group that developed the Properties division of SFX Sports, managing all aspects of the merchandising program and specializing in the formation of sponsorship agreements with national brands, primarily sports-related. In addition, he developed marketing programs for SFX Sports as well as the Theatrical, Radio, and Outdoor divisions of Clear Channel Entertainment.

Goldklang’s current responsibilities as President within the Group center on the broad scale oversight of the Group’s five franchises. This includes managing the financial operations of the Group’s entities, managing the year-round use of venues, and coordinating- in tandem with the Group’s marketing department- national and regional opportunities for the four Goldklang clubs.

Goldklang resides in New Jersey with his wife Erica and sons Jared and Jacob. 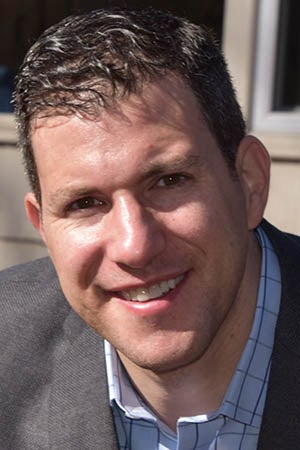 Goldklang has had a true passion for the game of baseball ever since he grew up in a household bursting with accomplishments involving the national pastime. Although a shoulder injury cut his playing days short, Goldklang still holds the state record (to the best of anyone’s knowledge, that is) of times being intentionally walked as a batter in a single game, and number of pitches thrown as a pitcher in a single inning – both in the same game.

In October 2016, Goldklang joined the Goldklang Group as the organization’s General Counsel and Senior Vice President. Based at the Group’s headquarters in New Jersey, Goldklang oversees legal matters relating to the Group and its member clubs. He also has assumed a significant role in the operation of the teams.

Immediately prior to joining the Goldklang Group, Goldklang worked in private practice for almost a decade as an attorney in New Jersey and New York, during which time he regularly counseled business clients and actively litigated in federal and state courts, primarily on behalf of a Fortune 10 company.

Goldklang received both his undergraduate and law degrees from the University of Michigan. 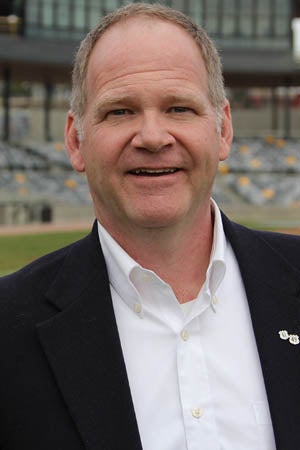 Whaley’s career in baseball began accidentally in 1992 when he sold an outfield wall billboard, program ad and four season tickets to the general manager of a moving company as they stood on the courthouse steps following a motion hearing. The St. Paul Saints and the independent Northern League began play the following summer.

From 1993 through 1998, he was employed by the Saints as director of operations and assistant general manager. In addition to sales, marketing and operations duties, he handled a variety of legal matters for the Saints and other minor league clubs in the areas of contract, intellectual property, immigration and litigation. During this period, the Saints played to 99% of capacity at 6,300- seat Midway Stadium.

From 1995 through 1999, he was part-owner of the Butte (Montana) Copper Kings of the Pioneer Baseball League. In 1999, he accepted a position with the Tampa Bay Devil Rays as director of corporate sales, where he stayed for two seasons. His primary duties were the creation and sale of sponsorships for the American League team.

In December of 2000, Whaley joined The Goldklang Group. He currently is active in the group’s acquisitions and consulting practices. Whaley was principally involved with the start-up of the Canadian-American Association’s Brockton Rox and construction of a new baseball stadium and conference center facility in Brockton, Massachusetts in 2002. The Rox were winners of the 2003 league championship title. 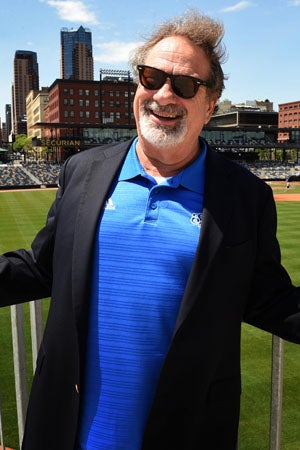 Executive Advisor to the Chairman

It is a name synonymous with fun at the ballpark. Veeck continues to blaze new trails every baseball season. After all, who else would hire a dog or pig to deliver baseballs to the umpire, a Roman Catholic nun to give massages, mimes to perform instant replays or lock fans out of the stadium to set an all-time attendance record for fewest people at a game.

The Veeck family started in baseball nearly a century ago when Veeck’s grandfather was president of the Chicago Cubs. Veeck’s father, Bill, was a Hall of Fame owner with the St. Louis Browns, Cleveland Indians, Chicago White Sox and the then-minor league Milwaukee Brewers. Famous for so many occurrences at the ballpark, Bill Veeck will always be remembered for signing Larry Doby, the first black man to play in the American League and for sending 3 foot, 6 inch Eddie Gaedel to the plate for the Browns in a 1951 game against Detroit. It is with the belief that anything is possible and no idea too silly that Veeck operates his ballclubs.

Veeck is the part owner of five baseball teams including the Charleston RiverDogs, and is a consultant for one other. He has served to put fun back into baseball while proving his ideas are not specific to sport. An advertising professional, coveted public speaker, founder of the Veeck Promotional Seminar, and all around idea man, Veeck has recently released his first book, entitled “Fun is Good,” describing how this simple philosophy leads to success in any business.

Veeck has spoken and entertained groups at companies such as 3M, the NBA, General Mills, and NASCAR.

Veeck and his wife Libby, reside in Mt Pleasant, S.C. He is the father of two children, William “Night Train” and Rebecca. 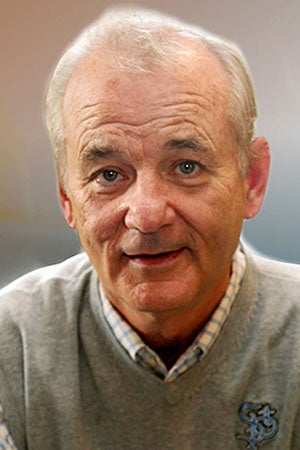 Bill Murray holds co-ownership in several of the clubs, and is continually involved in shaping the entertainment focus of the organization. Bill is an accomplished actor, a graduate of "Saturday Night Live," and has starred in such films as Ghostbusters, CaddyShack, Meatballs, Stripes, Quick Change, Groundhog Day, What About Bob?, Rushmore, Charlie's Angels, The Royal Tenenbaums, and Lost in Translation. Murray was awarded a Golden Globe for Best Actor and was nominated for an Academy Award for his performance in Lost in Translation.